Wednesday I went along to the pre-screening for the latest horror film The Visit.

Now watching the trailer I was skeptical over whether the film would be another cliche supernatural flick, or whether we’d be in for a surprise…and boy did the film have a killer twist.

Okay so lets talk plot. Everything starts off very normal, like a touching family drama. It’s been years since Kathryn Hahn’s character has seen her parents, but that doesn’t stop them from reaching out to their grandchildren; who are eager to meet their mums parents and bring the family back together. 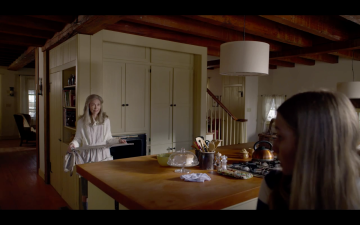 Hahn’s daughter played by Olivia DeJonge decides to film the trip, making a documentary of their week with the grandparents. What starts off sweet, baking cookies and reminiscing gradually becomes more and more disturbing as the nights go by. They are warned by their grandpa to not come out of their room past 9:30; but, after curiosity gets the better of them, they realise that there is something terribly wrong taking place. After failing to convince their mother to come to their rescue, they are left on their own to face the untold horrors surrounding the two now seemingly evil elders.

Are the grandparents possessed? Why are they acting so strange?

The film draws great inspiration from the classic tales of Brothers Grimm, think Hansel and Gretel.

I guarantee you’re in for a great twist.

Now considering the film is a horror there is a surprisingly vast amount of comedic moments throughout. One actor who manages to deliver laugh out loud moments is Ed Oxenbould who you may have seen in the Disney film Alexander and the Terrible, Horrible, No Good, Very Bad Day. 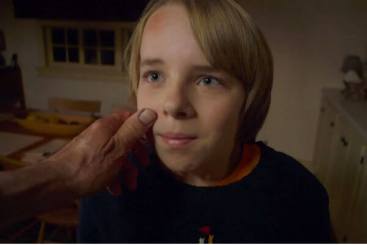 The film itself isn’t out till September but take a look at the trailer to get a taste of whats to come.